San Diego is a biker’s paradise, with heaps of nature parks and 12 miles of flat, bayside biking paths that are almost entirely vehicle-free. Read up on some of the best and most scenic routes, and when you’re ready to try them out, borrow one of the cruiser bikes from Humphreys and get rolling (one hour-long rentals are included in the Half Moon Pass).

Cycling the three-mile Shelter Island Bike Route’s loop is a perfect way to immerse yourself in this neighborhood’s picturesque scenery, including trees, grassy lawns, and the harbor itself. You’ll share the trail with dog-walkers and joggers, but only a handful of vehicles. 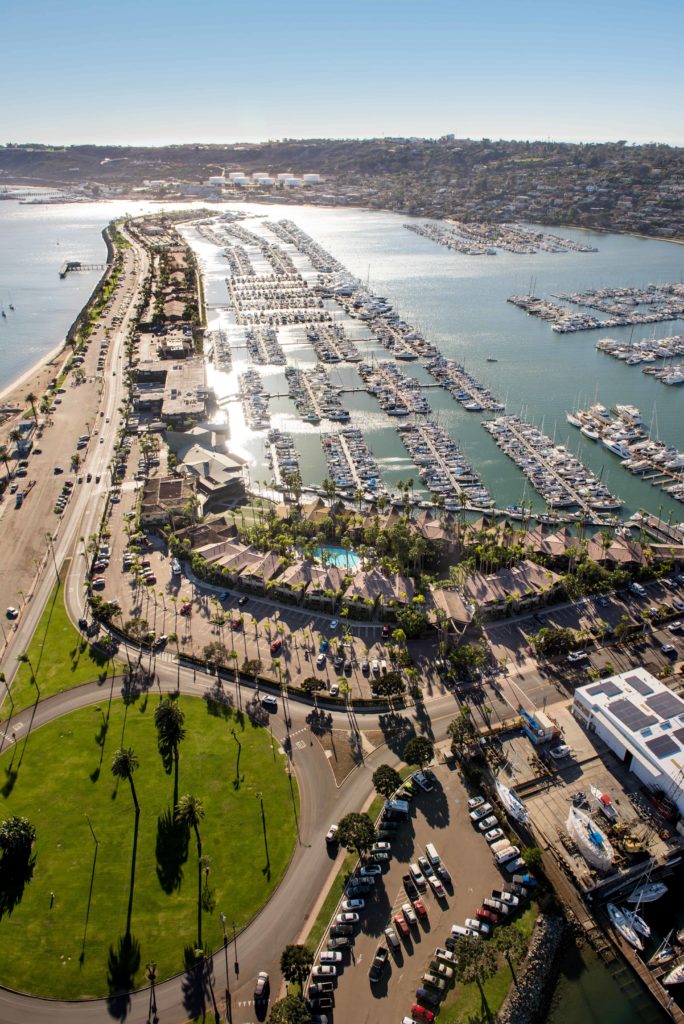 The Bayshore Bikeway allows you to curve around from the city’s Embarcadero, down through National City and Chula Vista, and around the bay to Coronado — passing two bayfront marinas and Silver Strand State Beach on the way. While parts of it merge with the street, the majority includes a dedicated bike lane.

Taking the Mission Bay Bike Path, you’ll cycle among Mission Bay Park’s fields, playgrounds, and picnic areas, and along the water. At the end, you can link up with routes like the San Diego River Trail and Mission Beach-Pacific Beach Boardwalk.

The bike route through Balboa Park is a great way to glimpse the San Diego Zoo, the Cabrillo Bridge, the Bea Evanson Fountain, the Rose Garden, and other iconic San Diego sites. It’s a full circuit around the perimeter of the park, with several smaller trails that weave through fields and gardens.

With spring weather and later sunsets, a great way to get to Balboa Park is with a ride share, by foot or by bicycle. Get your dose of Vitamin D, lessen your carbon footprint, don't worry about finding parking. Look for these spiffy bike racks throughout the Park to lock up your bike while you explore! #gogreen #gethealthy #wearahelmet

The route surrounding Cabrillo National Monument affords front-row views of the statue itself, as well as the glimmering Pacific Ocean.

*ATTENTION PARK VISITORS* As part of its ongoing efforts to address aging park infrastructure and improve the visitor experience, Cabrillo National Monument announces an entrance fee increase beginning January 1, 2019. This modest increase will affect all types of passes, including passenger vehicles, motorcyclists, walk-ins, bicyclists, and the Cabrillo annual pass. One hundred percent of the revenue from the increase will remain in the National Park Service with at least 80% of the money staying in Cabrillo National Monument. Read the entire press release on our website at www.nps.gov/cabr/learn/news/newsreleases.htm

The bike route through the Torrey Pines State Natural Reserve invites you to cycle alongside the dramatic cliffs between Del Mar in the North and La Jolla in the south.